3 RPA myths that you should not believe

Despite living in a new decade, the age of technology and digitalization, work in many companies still includes a lot of manual and tedious tasks – for no reason at all. Day after day, employees in many companies repeat these tedious tasks with heavy sighs, thinking: “Aren’t there more sensible solutions available, couldn’t this be done by a machine instead?” The answer is most probably yes. The manual work that no one wants to do could probably be handled by a robot instead of you – without any heavy sighs.

Then why isn’t this the case? Why do accountants copy information from payroll systems to accounting, purchase invoice handlers move invoices from email attachments to accounts payable manually, and why do new employees have to enter the same information into multiple systems, even though a solution is available? In many cases, widely circulating myths discourage investments. The problem with myths is that they tend to stick, and people are not even aware that they are myths – for them, these myths are truths that they believe. We decided to dispel three myths surrounding robotic process automation (RPA) so that they can no longer stand in the way of easier life!

“I don’t understand a thing about robotic process automation. I would not even know how to use a robot. It sounds terribly complicated and technical. No thanks, it’s tough enough to use Excel.”

The truth is that introducing automation is not nearly as difficult as people often think. Of course, it requires technical skills, but the most complicated things will be taken care of by an expert. The end-user does not have to be particularly tech savvy. For further information, see our free RPA buyer’s guide.

“RPA is such a new thing that it must be extremely expensive at this point. Only the largest companies can afford to invest millions in robotic process automation.”

Wrong. Even smaller companies can invest in RPA. While investments can be big, they can also be small, always adjusted to specific needs. It takes Staria about 2–6 weeks to develop an average robot. The price tag is based on development work and licenses. After the development phase, the only costs come from licenses that can be a few thousand euros per year at their cheapest.

“I’m scared by the thought that robots make me useless in my company. I am going to resist all automation projects so that I won’t be threatened by unemployment. The management will just forget me if efficient robots are introduced.”

New and revolutionary things have always scared people. Luckily, fears are mostly irrational or at least exaggerated. It is true that robots can handle many tasks more flawlessly and efficiently than people, but these are just small occasional tasks – the big picture is always in people’s hands. In addition, people are capable of the same things as robots, but robots cannot do nearly as many things as people. This means that they cannot take people’s place.

Want to learn more about RPA? Download our guide

Are you interested in the benefits of RPA? Deepen your knowledge with a guide compiled by Staria’s specialists. For example, you will find information about the RPA’s principles and implementation, as well as how to choose a suitable partner. 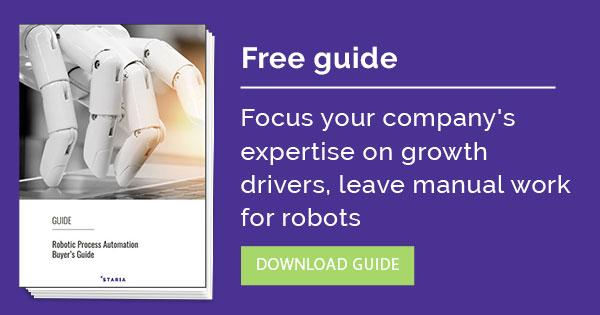 Want to hear more about RPA? Get in touch and let’s look for solutions to support your business needs. 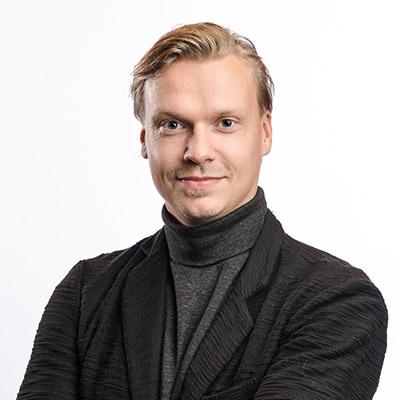