AI is one of the most modern tools in making financial processes more efficient. It is often talked about in the context of robotic process automation (RPA), but these are, in practice, two separate technologies. However, both can be utilized in automating processes either together or separately.

RPA is applicable to the automation of constant and routine work phases. For example, where the necessary decision-making is based on the comparison of data. RPA does not change business processes by itself. Rather, all processes are based on procedural models that humans have taught it beforehand. The most significant feature of RPA is its ability to use information systems through user-interfaces to perform processes in a similar manner as humans would.

The role of AI in process automation is based on individual, but complex decisions. The AI is fed with the largest possible quantity of decisions made by humans as well as the source data according to which individual decisions have been made. This teaches the AI to make similar decisions as humans would likely have made based on the available corresponding source data.

The most significant feature of AI is its ability to find repeating patterns and dependencies from large datasets, which it then uses to create rules on how to make similar decisions in the future. The AI can even learn new rules and make more accurate decisions. This can be done by humans fixing any errors it has made and feed the corrected decisions back to the AI. When the machine is able to create the necessary rules through data, humans do not need to program procedures separately for every possible decision that the machine is hoped to make.

Book a free RPA consultation by filling out the form

The utilisation of AI requires existing data, from which it can recognise logical repetitions and dependencies. Therefore, posting invoices from the largest clients’ purchase invoice processes was identified as a logical way of using AI in Staria's business. First, posting decisions made by humans were fed to the AI. Now, the AI is constantly learning as humans fix possible errors. This increases the success rate of the posting decisions constantly. Staria's AI and accounting professionals are responsible for the constant training of the AI. Staria AI is compatible with any system that processes purchase invoices.

What are humans needed for?

Processing large amounts of purchase invoices is routine work. The AI does not tire as human brains would, even when processing large datasets, ensuring the consistent quality and lack of human errors in its posting decisions. In the future, the responsibility of the purchase invoice processor is to correct erroneous suggestions made by the AI and thus improve the quality of the learning material. The work will require more creativity and understanding, which is often considered more rewarding. The reduction of routine tasks will thus improve the productivity and enjoyment of the work.

Are you interested in the benefits of RPA? Deepen your knowledge with a guide compiled by Staria's specialists. For example, you will find information about the RPA's principles and implementation, as well as how to choose a suitable partner.

Want to hear more about the topic? Contact us and we will help you find the right solutions to support your business. 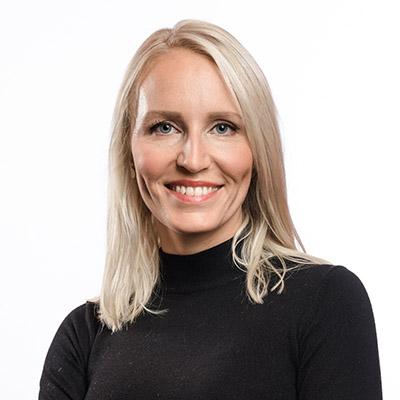