The annual NetSuite Day, organized by Staria, was held on November 24, 2021 for the sixth time. Organized as a hybrid model, the event brought together around 300 people internationally, either on the site in Scandic Park, Helsinki or via stream. The day was a success and provided participants with a wealth of information about NetSuite. You can read about the whole event here.

At the event, Andrei Postolache (Senior NetSuite Solution Consultant, Staria) told about the history and development of NetSuite, as well as briefly introduced the new features and updates of year 2021 NetSuite releases.

“Change is inevitable. Evolution, however, is optional”

Postolache began his presentation by quoting Tony Robbins: “Change is inevitable. Evolution, however, is optional.” His presentation was based on the idea of ​​how important continuous development is for all companies. Postolache’s presentation intends to give the listener an insight about NetSuite’s development and evolution journey.

During his presentation, he started with taking a look at the history of NetSuite and went all the way back to the birth of ERP systems in the 1960s. He concluded the journey by looking at the most recent 2021 NetSuite releases. In his half an hour set, Postolache also delved deeper into one interesting feature of NetSuite, the SuiteAnalytics Workbook, which he demonstrated in his presentation. 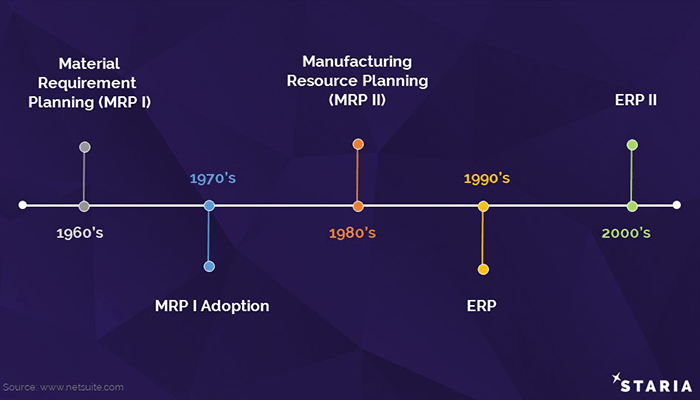 History of ERP as presented in Postolache’s presentation.

Postolache summarized the history and development of ERP systems by going through the most important milestones over the decades, starting from the 1960s and going forward until to the 2000s, when the concept of ERP II was born.

NetSuite was originated two years before the introduction of concept ERP II, as Evan Goldberg founded NetLedger in 1998. Postolache briefly went through the milestones of NetSuite starting from the birth of NetLedger and continuing up until the year of 2020. After that, he moved on to take a look at the new features and improvements of NetSuite 2021 releases. 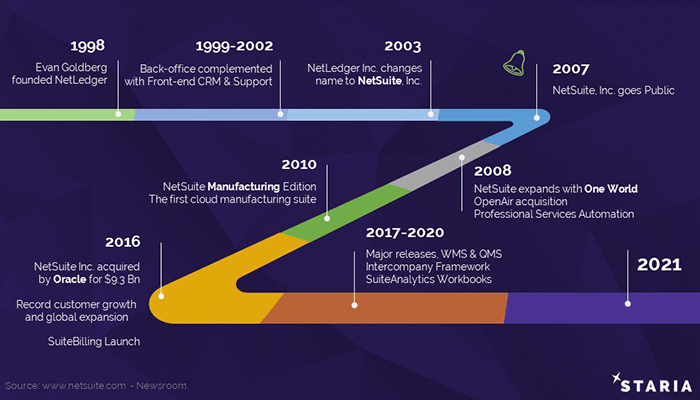 NetSuite releases two major updates each year. For example, in 2021, the releases were 2021.1 and 2021.2. The releases include dozens of new features and improvements to existing features.

We thank Andrei Postolache for his professional and informative presentation. You can watch the full presentation in the video below.

All in all, NetSuite Day was once again successful and we hope that all the viewers got useful information and inspiration. If you weren’t able to participate, you can watch the recording of the whole event by filling out the form.