The annual NetSuite Day organized by Staria was held on November 15th, 2022, for the seventh time. Organized as a hybrid model, the event brought together people around the globe, either on the site in Scandic Park in Helsinki, Finland or via stream. The day was a success and provided participants with a wealth of information about NetSuite and international growth. You can read more about the whole event here.

We were honored to conclude the day with an incredible panel discussion with well-known companies – the panelists were: 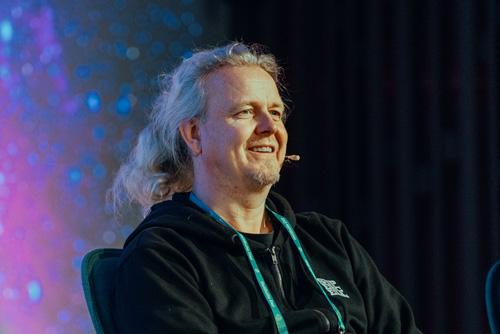 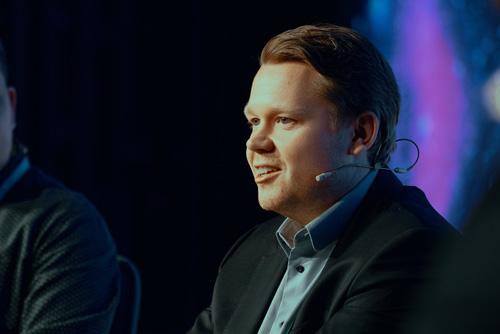 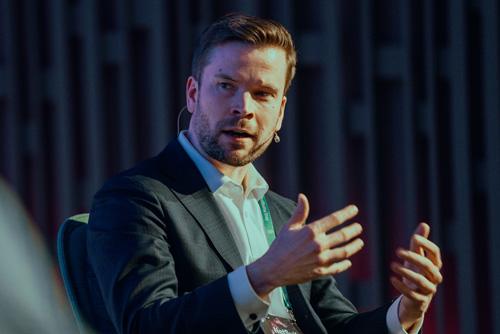 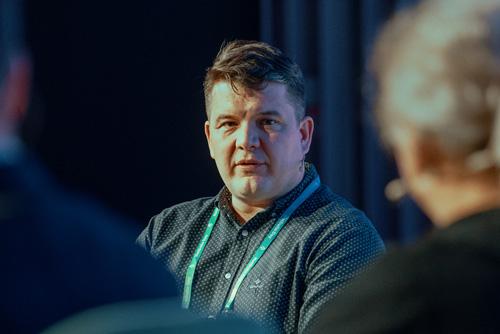 The NetSuite Day panel discussion began with introducing the panelists and companies.

Supercell is a mobile game company that has launched 5 games globally since its foundation in 2010: Class of Clans, Hay Day, Boom Beach, Brawl Stars and Clash Royals. Heikki Puomila states that when Supercell started to use NetSuite, they had only 3 subsidiaries – nowadays they have 12 subsidiaries, of which 6 are in different countries. Supercell’s annual revenue is 1.5 billion euros and according to T-Media’s study, it’s the most well-known company in Finland.

RELEX Solutions is a SaaS company providing retail and supply chain planning and optimization platform. On global scale RELEX is delivering profit impact and efficiency improvements measured in billions of euros to their customers. RELEX has 18 subsidiaries across Europe, North America, Asia and Pacific and it’s approaching 200 million euros in annual revenue. Their growth rate is impressive, in 2014 when Haataja joined the company, their revenue was around 6-7 million euros. “In 2015 it was time for RELEX to change their ERP system and NetSuite turned out to be the right choice,” Haataja thinks back.

Framery provides sound-proof working spaces for offices and they deliver their products to more than 80 countries. The company was founded in 2010 but in 2014, as the product was ready, they really started to grow – revenue went from 1 million to 17 million euros in just two years, and in 2022 Framery is reaching revenue of 150 million euros. During the growth take-off between 2014 and 2016, Framery realized that they needed a new ERP and implemented NetSuite in 2017. Isotalo states during the introduction that Framery’s growth has gone well with NetSuite – Framery has grown from one entity in Finland to a company with employees in 15 countries and 4 continents.

Efecte develops, sells and delivers a cloud-based service management platform. The company has been listed on Nasdaq North for the last five years and they have operations in 5 different countries. Steffan Schumacher is Efecte’s COO, so he brings a bit different perspective to the panel. Efecte’s revenue was around 15 million euros in 2021.

The topic of the panel discussion was international growth, and it was hosted by Staria's Robin Kurtén. 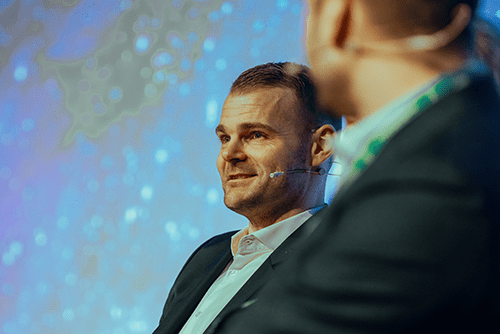 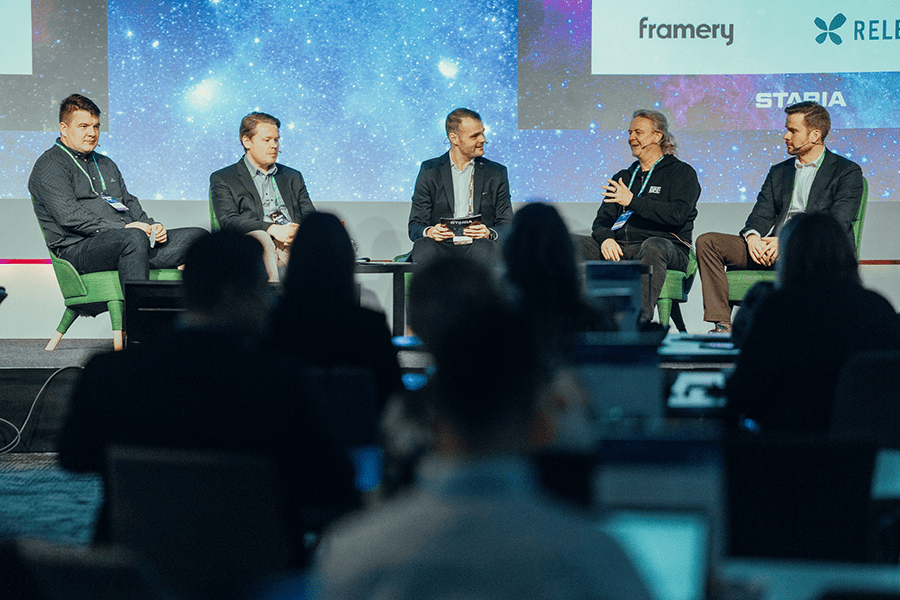 The first question of the panel discussion was: what has been the most challenging country for the companies to enter?

Isotalo tells that for Framery the USA is the biggest market and also very challenging, not from system point of view but due to state-level structures and different taxations. However, the most difficult market is Japan, as sometimes it’s quite hard to comprehend it overall, Isotalo states.

For Puomila the first country to come in mind is China but he also agrees with Isotalo that from Supercell’s markets USA is the one that bugs him the most due to state-level rules and taxation.

Haataja states that for RELEX there hasn’t been a single country that has stood out as particularly challenging, but he mentions that southern Europe, e.g. Italy and Spain have local requirements that bring their own challenges.

Schumacher states that in his role he concentrates to a little bit different things as other panelists and he thinks that from NetSuite perspective it’s been relative straight forward for Efecte to start operations in the European union but the acquisition of a Polish company earlier this year brought some challenges, not from tool’s side but from transformation and change management point of view. Schumacher thanks that Staria has been a great partner in figuring out migrations after the acquisition.

The panelist were also asked about challenging times (e.g. Covid-19, inflation, geopolitical situation) – how has it effected systems and operations?

Isotalo states that as Framery is a manufacturing company, it’s been interesting last 12 months for them in inflation point of view but also because of supply chain disturbances. Framery’s competitive edge has been a close-by supply basis (Northern countries, Baltics, Poland) so there hasn’t been that many supply issues, but these markets are greatly affected by inflation, so for example getting a container from Finland to US went five-fold in price in about 12 months.

Haataja states that after Covid-19, it has become a new normal that there’s always some uncertainty in the market, so in that sense this year hasn’t been any different from the last couple of years, even though the challenges and problems are of course different than before. In 2020 RELEX accelerated their planning cycle to continuous process of updating and checking the data every week. To have control over business, you need visibility, on-time closing of the books and up-to-date data.

Puomila reflects back to 2014, time when Crimean crisis hit. During that time Supercell used Procountor as their accounting system, where Apple and Google sales were pushed monthly. If in 2014 somebody would have asked about their Russian and Belarus sales from last year (2013), they wouldn’t have known it and would have used some other route than accounting system to find the answer. But luckily now, as Supercell has Google and Apple sales in NetSuite, when Supercell’s legal team asked about Russia’s and Belarus’ revenue – it was just one click of a button to see the numbers. Puomila thanks NetSuite for having different dimensions in reporting.

For Schumacher, as a NetSuite user, it is important to have real-time data from e.g. consolidation of daughter companies:

“In the times of uncertainty, having real-time insight in your fingertips is crucial for you and the leadership to make decisions quickly and be able to react to things happening in the market. Becoming more data-driven is important, and NetSuite helps in that."
- Steffan Schumacher, Efecte

How does growth look like now compared to three years ago?

For Framery it has been quite volatile in the last years. To give some perspective, Framery went back in 2014 from 1 million euros in revenue to over 100 million euros in revenue in 2019. Covid-19 was a small speed bump, but it also gave time for Framery to get the foundation in order and the year 2022 is going to be Framery’s best year so far. Now as systems and other things are taken care of, growth is easier than ever before.

For Supercell Covid-19 was a double-edged sword as people played more mobile games but spent less money due to having more time to play – people didn’t feel the need to accelerate progress in games with money. Also, the console game and entertainment markets grew during Covid-19, so Netflix and increased amount of other streaming services eat the spend as well. Nowadays consumers need to do prioritizing decisions as e.g. electricity prices are rising. “For Supercell the key to success is innovation as a new game or huge update to existing games moves the needle most,” Puomila says.

For RELEX, when looking from business perspective, the company is in a lucky situation as in difficult economic times companies need to become even more efficient and optimize supply chain, and that is exactly what RELEX does for retail and manufacturing companies, so they see that there’s additional demand coming. However, at the same time high inflation and potential recession adds uncertainty and isn’t beneficial overall.

After discussing growth, panelists were asked to think back to the reasons why the companies chose NetSuite as their business platform.

Haataja states that for him it’s an easy answer – firstly, RELEX wanted to have one system to manage the whole group and all subsidiaries. Back then RELEX had 6 or 7 subsidiaries and each of them had own separate accounting or ERP systems, so they wanted to unify the system architecture, which gave access to the whole group and brought along full transparency. Second reason was to harmonize accounting and reporting practices. Thirdly, RELEX wanted to utilize automation more since they’re growing, and volumes are increasing – they needed a good platform to build on in the future. Haataja tells that automation is something they continue still to this day.

Puomila says that Supercell was in a similar situation, they had 3 subsidiaries and did consolidation in Excel on annual basis. In 2013 SoftBank Corporation bought majority part of Supercell and they became a part of listed company. Supercell needed to start providing them consolidated monthly reporting. For a while Puomila needed to work with Excel and he remembers it being chaotic – he felt relieved when Supercell implemented NetSuite in 2014 and he could just pull all the data from the system and have all the companies in one system:

"NetSuite was “a must-do” for Supercell’s internationalization also because it’s very easy to set up new companies with it."
- Heikki Puomila, Supercell

Isotalo tells that at Framery the growth had been so quick that basically all the systems were outdated, and the idea was to have everything in one place. Even though they have added some outside software along the years, NetSuite has stayed in the centre of system architecture. “What Framery really needed from systems was flexibility as growth was so quick, so that meant that ERP had to be adjustable as well,” Isotalo shares.

Schumacher wasn’t part of the ERP decision process, but he gave Efecte’s CFO’s regards on the matter: “Our CFO told that one of the key reasons was that we were able to get the financial system in line with the invoicing, before that we had multiple systems for e.g. time entry, time management etc. What I think she loves the most about NetSuite is real-time visibility and consolidation across all the subsidiaries. NetSuite saves time, reduces errors, makes reporting faster as Efecte is publicly listed company, so there is quite a bit of requirements regarding that, and enables her to lead with data.”

Advice from the experienced

The panelists were asked to give advice to companies that are thinking about choosing NetSuite.

“I haven’t encountered any better system for a growth company,” Haataja answers with a smile. “But seriously, one recommendation for NetSuite or any other system you’re planning to implement is to find references and ask experiences on good and bad – it’s the most objective way to make conclusions. There is a lot of good companies here today that “admit” using NetSuite, so I think that’s one good testimony for the system,” Haataja concludes.

Puomila’s advice concentrates on getting to know your data. ”You own the data and you know the data. Take lead on the conversions, that’s how you learn how the system takes in data. It’s actually way better to be in the project handling conversions yourself because you know the data better. Or if you don’t, do not implement anything before you do.”

Schumacher speaks about the importance of customer value. “As customer to get the full value, you need the full solution, right? So, it’s important that you guys (Staria) are there to help with your expertise, as people at customers’ side are usually doing the NetSuite implementation for the first time ever. Also, I think all the add-on services that we saw on the presentation earlier today really make the full solution for the end-user. Our team has seen that as very valuable.”

Isotalo’s tip is relating to implementation and developing part. “It is a flexible system, so it’s easy to put your own coding to it but sometimes it’s a good short-time solution that might not be scalable. So, it’s good to think when to use the system as it stands rather than do those customizations.”

The panel discussion didn't end here – panelists also talked about how funding has impacted companies’ growth and what has been the biggest growth challenge they have faced. Watch the whole panel discussion and learn more from the speakers below!