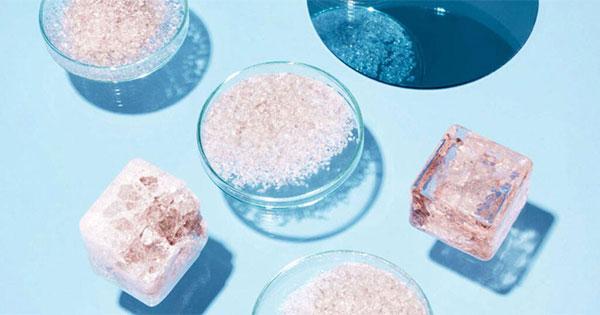 Bonalive Biomaterials – Healing bone with the help of NetSuite

Bonalive Biomaterials Oy is the leading producer of implantable bone substitutes. The company offers reliable and innovative biomaterial products for treating chronically infected bones in Europe, the Asia-Pacific region, Africa and South America via a dealer network and direct sales. The clinical use of the bioactive glass which the business is based on is supported by 20 years of research and dozens of peer reviewed articles.

Bonalive was founded in Turku in 2009 to compete in the bone substitutes market. However, there are only a few competitors in the bioactive glass business, which are primarily based in North America, where Bonalive has risen to a leading position during the ten years it has been in the business. Approximately 90 percent of sales are directed outside of Finland. All of the production is done in Turku, and the company is certified according to ISO 13485:2016.

Project Manager and Production Director Heidi Rantala go over the starting points for Bonalive acquiring the NetSuite platform to support its business management:

“We have been growing at a rapid pace throughout our operational years. As a result, manual work in financial management and directing business has become more challenging. We had utilized ERP-based inventory management, inventory monitoring and payroll software, but we did not have a CRM in use, for example.”

The ability to incorporate CRM-characteristics into the whole seamlessly had a significant role when choosing a platform for business. The production planning tool and the possibility of incorporating subsidiaries to the same system were also important factors. It is important for Bonalive to get all its subsidiaries into the same system, where the contents necessary for financial management can be found without unnecessary manual work.

“Before, we had to do invoice reconciliations manually, for example. Too much time was spent copying data from one chart into another. We have accumulated a large amount of data, but have not been able to analyze or utilize it very well thus far. It has therefore been difficult to create KPI metrics, for example.”

Staria – a steady and competent partner

How did Bonalive end up choosing NetSuite and Staria?

“We either thought other ERP solutions to be too large or small to suit our needs, and so they did not include enough customization options”, Rantala states. “For us, NetSuite felt like the best solution. Oracle’s contribution to NetSuite was also a factor: We can trust that the system is being developed and that it will receive new characteristics in the future.”

Bonalive invited several NetSuite providers to tenders, with Staria being chosen as the final implementation partner. “Our personal chemistry with Staria’s key personnel also had an effect on our choice, as well as their technical know-how and experience. We were also convinced by Staria’s own growth: the company is large and stable enough as a partner that we will not have to worry about resources running out or the company going bankrupt in the middle of the project”, Rantala describes. “As a nice bonus, Staria has an office in Turku, which makes it easy to meet people face to face as well.”

More transparency, less manual work and getting CRM in order

Bonalive has not yet been able to test NetSuite’s functionality in practice. The requirement specification was made last November and the implementation has been scheduled to take place around Midsummer. The expectations surrounding the benefits derived from NetSuite are already high, however.

“We have especially high expectations on the CRM side: reducing manual labour is, of course, apparent, but we also appreciate the transparency of data for those requiring it. We employ approximately forty people, almost all of whom will be using NetSuite in some form or another, and we believe that it will increase customer satisfaction to new levels”, Rantala describes.

The first goal of the implementation is to allow routines to continue and to make the budgeting and financial statement for 2020 with NetSuite. “Not all features will be put into use during the implementation phase. We will reserve some for later phases. In the future, we will also implement NetSuite into new international offices, and after one or two financial statements we will see how the platform works in that situation”, Rantala describes the follow-up plans.

According to Staria’s experience, over 60%–70% of financial management time is spent verifying the correctness of figures manually. “We absolutely believe that manual labour will decrease in the future, and that the level of customer services will also increase once the validity of the figures can be trusted thanks to NetSuite”, Rantala concludes.