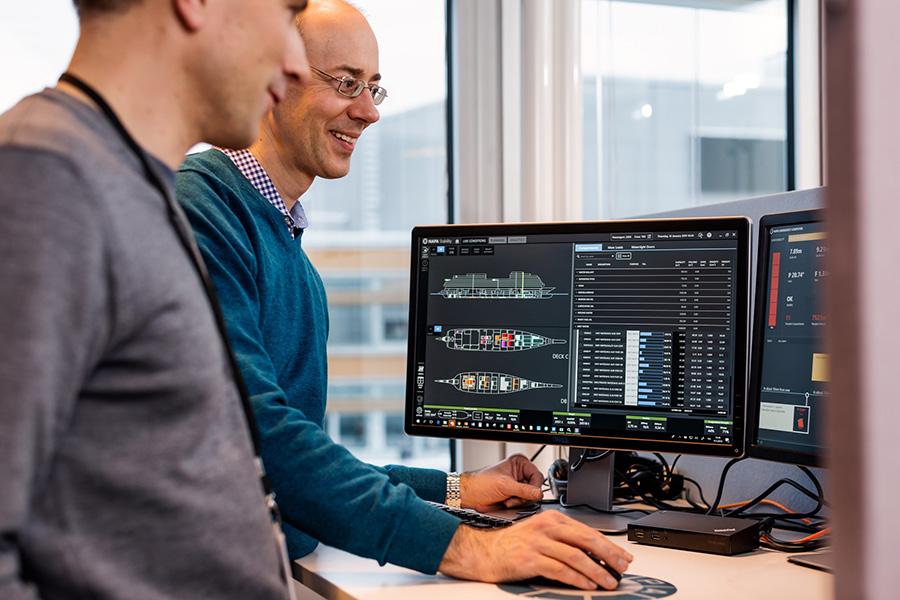 The name NAPA does not necessarily ring a bell to many of us as to what kind of a company we are talking about. But when we find out the words behind the abbreviation, ”Naval Architectural Package”, it starts to make sense: NAPA is the world’s leading provider of ship design and operation software.

NAPA’s roots lead to the birthplace of Finnish marine industry, Wärtsilä. Wärtsilä had started to develop a software business specialised in ship design in the 1970s, and in 1989, as a result of a management buyout, a new independent company, NAPA, emerged from that business unit. Over the years, the development has led to the undisputed top position in the world: as much as 95% of global ship tonnage is designed at shipyards that use NAPA software. Today, NAPA is owned by the Japanese classification society ClassNK.

As an industry, shipbuilding is very cyclical, which means that there have been several phases along NAPA’s development path as well. Currently, NAPA’s growth relies on the cruise ship market, which has continued to grow for several years, and which has had a positive effect on employment in marine industry in Finland. In terms of NAPA’s business areas, Safety Solutions in particular has been boosted by current market conditions.

NAPA’s leading software expertise has been recognised throughout industries: Tietoviikko chose NAPA as the best IT company in Finland in 2009. The choice was based in particular on NAPA’s solid international position in the marine industry and stable economic growth. NAPA also received the Internationalisation Award from the President of the Republic of Finland in 2008.

From several separate programmes to one global NetSuite

In addition to its head office in Finland, NAPA has a subsidiary in seven countries around the world – Korea, Japan, China and the USA as key locations. When a company operates in such a vast geographical area, its enterprise resource planning is not the simplest of tasks.

Director, Finance, Kimmo Lankila, joined NAPA in March 2017, when the deployment of NetSuite delivery, started in cooperation with Staria, had recently been completed. He describes the time before the company’s enterprise resource planning was centralised with the help of NetSuite as follows:

”Previously, NAPA had a very fragmented field of software: it included, for example, Microsoft products, Severa and Sonet. Human resource management had its own software, and Excel spreadsheets have always been used when necessary to fill in the gaps. Thus, data has been transferred from one system to another, and completing a more extensive task has required accessing several systems. In the end, we at NAPA started to consider how we could work in a more sensible manner – in a way that the entity would enable scalability and minimise manual work.”

With Staria’s involvement, NAPA decided to implement probably the most extensive NetSuite localization in Finland. ”Now we have enterprise resource planning, project and customer management, accounting, human resource management, practically the whole system in NetSuite. Administration is located in Finland and our seven subsidiaries report to us,” Lankila says.

Lankila is very satisfied as he evaluates the success of NetSuite deployment: ”In my opinion, ERP changes are the most difficult changes that a company goes through. Looking back, the change was carried out very smoothly for NAPA in terms of schedule and otherwise as well, even though certain aspects of the process are still in progress. We can say that today, we are using a globally unified ERP system – it can be described as a flexible and scalable pipeline in the cloud.”

"I believe that the greatest benefit has been increased transparency, particularly on profitability. It has become more apparent after our latest organisational change as we have three internal income statements for different units. In the past, we mainly just had a feeling of units' profitability: we received sums at the account level, but we did not get any more detailed information. With NetSuite, we can review the performance of sales and profitability in different business units on a daily basis," says Lankila.

Today, NAPA is a self-managed organisation similar to Vincit, Supercell and Futurice: none of the NAPA employees have a superior to oversee them. A self-managed approach requires that people have access to up-to-date information at all times so that they can form a reliable understanding of the situation. NetSuite has made this possible.

”One set of numbers,” Lankila summarises the recipe for success. ”Previously, it was easy to come up with several truths; now there is only one truth. Everyone can view the same data from a customised perspective, but the figures always remain the same. It is also good that NetSuite helps enter correct data into the system.”

Future seems to be more electric

Perhaps the most significant challenge for NAPA in the future is related to the expansion of online commerce. It also creates a challenge for using NetSuite in this area.

Lankila examines the challenge from the point of view of the entity: ”Regardless of the online commerce software that we will use in the future, it is essential that it is integrated into NetSuite. This way, the entity will work seamlessly in that respect as well.”

NAPA has decided to navigate its business through NetSuite, and there is no need to take any steps backwards. ”Of course, there are people who use NetSuite quite rarely and they may find it difficult, but that is probably the case everywhere. However, many people like NetSuite a lot,” Lankila concludes. 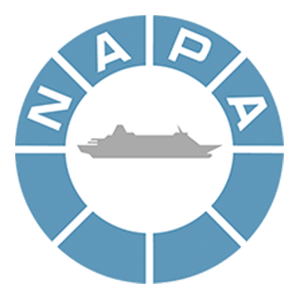