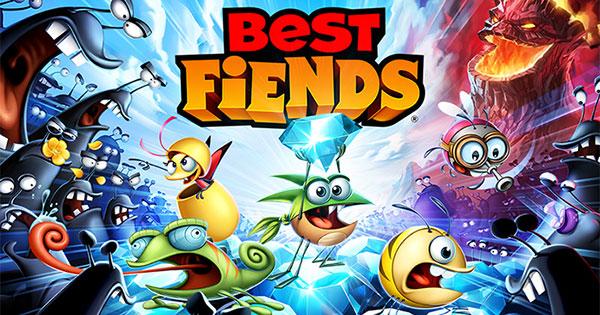 The founders of Seriously, Petri Järvilehto and Andrew Stalbow, worked together for several years at Rovio. In 2013, they left Rovio and founded an entirely new start-up company, Seriously. Focusing on mobile games, the company released its first game, “Best Fiends”, in 2014. The game has already had over 90 million downloads and its two versions have approximately 1,6 million daily players.

The core idea of Seriously is to build something larger than just a gaming company, and the goal from the start has been to create an entertainment IP. Gaming is a natural platform for reaching an audience of tens or hundreds of millions, but the company has expanded its business to also include animations. Their “Best Fiends” animated shorts, released on YouTube platform, have received tens of millions of views.

The company’s main market is the United States. There, the games are being promoted with massive television and radio campaigns, despite being developed in, and distributed from Finland. At the request of international investors, Seriously founded holding companies and subsidiaries in Venice, Los Angeles. They employ 20 people in addition to the 60 people working in Finland.

VP Finance Harri Poimaa describes the background of Seriously’s decision to implement NetSuite as its business platform in both Finland and the United States:

“Our goal was to find a single global, cloud-based platform to replace our separate local systems. We had three options to consider at first, and we ended up choosing NetSuite. The platform’s broad visibility in the United States surely weighed in from the start. After familiarizing ourselves with it, we found it to be a good, scalable system that serves us at every area we operate in and which can also receive new features. Using the business platform, local activity will slowly transform into connected, global activity.”

According to Poimaa, people in the game industry discuss frequently with one another, even about user experiences regarding information software. “Another gaming company was using NetSuite, and our discussion with them encouraged us to contact Staria. After negotiations, we chose Staria as our implementation partner. As our main company is American, the licenses come directly from NetSuite”, Poimaa clarifies.

NetSuite was implemented at Seriously during the turn of the year, and so the platform has been in use in January and February. At first, the platform was used solely by the finance team, but purchase invoice management will expand the system’s user base in the future.

Poimaa considers the initial phase to be a success in all regards: “The first user experiences have been positive, once users have been able to familiarize themselves with process controls. For example, consolidation and exchange rate management are welcome additions. With cloud computing, all figures are now accessible from a “single spot” and going through separate systems is no longer required.”

According to Poimaa, the experiences from partnering with Staria have been equally positive: “Everything has gone well with Staria. They have a high level of expertise in technology and systems, we have built trust along the way and, all in all, it has been a pleasure to work with them. Even our American colleagues were involved in our project without experiencing any issues. The time difference is a challenge, but we have found a solution for that as well”, Poimaa thanks.

“The team’s commitment to the project has been great, and NetSuite has been happily received. Through that, we have found new ways of working, and especially working together. Use of the system has already fostered a good team spirit. And once we learn how properly to utilize the system to our benefit, I expect it will bring us a great deal of benefits in the future”, Poimaa states with satisfaction.