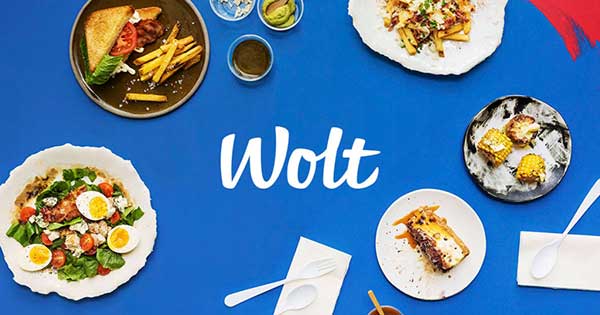 Wolt and Staria are going international together with NetSuite

Wolt has grown in a short span of time from being a local restaurant food ordering and delivery service into an international technology company and one of the flagships of the Finnish platform economy. The Wolt service currently covers over 5,000 restaurants. Inventure has contributed to Wolt’s growth as a significant supplier of venture capital.

So far in its growth spurt, new countries are constantly being launched

Wolt’s business model promotes growth towards ever greater volumes; namely, the more orders there are, the more efficient will its delivery operations become. Wolt has been rapidly expanding its operations abroad, mainly in Europe.

The companies growth has been tremendous throughout Wolt’s operating history – its revenue has been tripling from one financial year to the next. Wolt will continue to expand into new cities and countries in the coming years. With this kind of growth, financial and business management need an agile ERP system. All new in-country companies, in line with the existing ones, will therefore be moving to NetSuite with Staria as localisation partner. The operations are running already in over 20 countries.

Focus is on future decisions

Wolt’s working environment is in many ways unique – there is plenty of energy and momentum, the hierarchy is low, and there is always the sense of getting things done. If needed, the company has the ability to change direction quickly.

The CEO of Staria, Juha Tommila, agrees. “Wolt is an exceptionally dynamic and open-minded company with an ability to move very quickly. The company has a number of its own programmes and systems in place, which will need to be connected to NetSuite. Moving into new countries will, of course, also pose challenges of its own.”

The focus for Wolt is on the future and on supporting the decision-making process. As the company grows, it is very important that time is not wasted on tracking down historical data, but that they always know where they stand at the moment, and that they can back decisions made on the go. In the past, Wolt had different countries using different systems, so getting real-time information on financial performance was tricky and it involved lots of manual work.

Wolt was keen to find the best possible ERP system to solve these challenges for its financial management. They compared three different systems with the main criterion being usability. Furthermore, as a cutting-edge technology company, they naturally wanted to be using a modern cloud computing service. Next to NetSuite the other systems paled in.

The improvements achieved with NetSuite are praised. Through a link built into the analytics tool, the Group gets real-time data, including on costs, thus saving time. The main advantages of NetSuite are, in fact, in the management of internal accountancy. In external accountancy, NetSuite assists in the preparation of the consolidated financial statements.

As Wolt is expanding internationally, it wanted a partner who understands the requirements of the Finnish customer and who, on the other hand, is also able to provide local assistance in the new countries in matters such as annual accounts, payroll and taxation. Staria receives credit for being quick in acquiring local partners.

Inventure has contributed to Wolt’s growth record as a significant supplier of venture capital and their representative in the Wolt Board of Directors is Linus Dahg.

“Venture capitalists are, of course, interested in growth, but also in ensuring that business management can keep up with that growth – or even better, stay ahead of it. The Board of Directors supports the management team and peps it up in its decision making, so the accuracy of data plays a vital role,” Dahg underlines.

Are the information systems used in financial management something in which the Board of Directors takes an interest? “Acquiring and using an ERP system is the management team’s territory”, states Dahg. “In my opinion, however, in an internationally expanding growth company the system needs to be extraordinarily agile and quick to set up in a new country. When growth is as fast as it is at Wolt, I would be talking about weeks rather than months. In this respect NetSuite seems like a successful choice.”