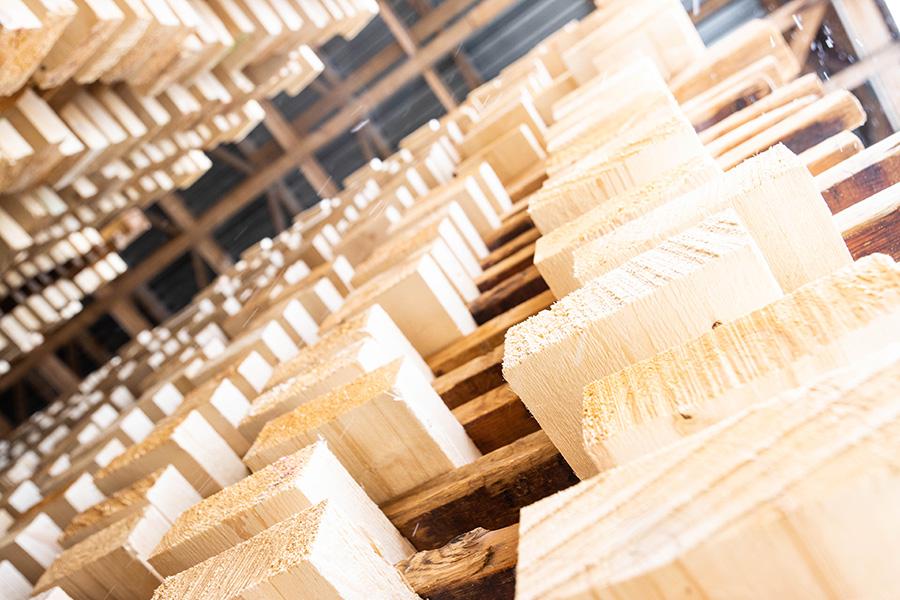 Pölkky manufactures high-quality building solutions for homes, workplaces and public spaces using renewable material. Responsibility is one of Pölkky’s values and it’s applied in all of the company’s operations. Pölkky’s wood procurement promotes ecologically, financially, socially and culturally responsible forestry in their area of operation.

During fall 2020 Pölkky started to map out software solutions that could replace their current financial management system, which they had been using for 20 years. First Pölkky tried to enhance the usability of legacy system with SaaS update but it did not bring the results they were hoping for. Therefore, Pölkky decided to replace the system.

NetSuite made an impression especially from financial management’s point of view, but the platform’s modern interfaces that supported easy integrations were also appealing.

“Earlier we had a financial management system for bookkeeping and we had other separate solutions for purchase invoice circulation, travel claims, banking and reporting. All these systems came from different solution providers, which was confusing. Now one partner provides the whole financial solution, which is much easier to manage”, says Tuomas Anttila, Pölkky's CFO.

Pölkky investigated NetSuite partners operating in Finland, and Staria stood out from the candidates with its comprehensive technology and service offering. Cooperation and the implementation project started in April 2021.

“Staria has been a good choice for partnership. The implementation team was excellent, goals set for the project were met and all required business processes can be handled within NetSuite”, Anttila sums up.

During the implementation project communication was clear and easy. “Integrations were handled by Staria, so I didn’t have to be in contact with multiple parties and keep wondering who is responsible and for what. Everything is rolling behind the scenes and we can contact everyone in the team using just one email address”, Anttila describes.

The implementation project was successful without setbacks. The project lasted for 5 months and the go-live took place on time, as planned. "I have personally thanked many people", Anttila smiles.

“From our perspective everything has gone well. We got exactly the system that we needed”, Anttila continues.

After implementing NetSuite, Pölkky also outsourced part of its financial management to Staria. Pölkky wanted its personnel to do more analysis work and tasks that require a deeper understanding of Pölkky's business. As Staria now takes care of Pölkky’s financial management and reporting routines, their own financial team can focus on more meaningful tasks.

"Now our finance professionals are able to focus more on the quality of financial data and they are also able to shift towards business reporting", Anttila says.

Story continues after the picture.

NetSuite has brought many benefits to Pölkky that effects processes on a practical level as well.

"The number of processed invoices has dropped significantly both in bookkeeping and circulation process, as payment claims from our operative systems go directly to NetSuite and from there to banking system, without anyone having to hustle in between", Anttila states.

Along the way Pölkky's solutions has been expanded whenever needed. In combination with NetSuite, Pölkky has implemented Staria’s NetSuite SuiteApp INFlow for purchase invoice circulation. In addition, Pölkky utilizes Staria Banking for payment transactions, Acubiz was chosen for travel and expense claims and reporting and forecasting was improved by Staria BI & Planning solution. With NetSuite and Staria BI & Planning, drilling into reports is easier than before.

“It’s easy to access transactions and budget deviations when you no longer have to handle them on spreadsheets. From Staria BI & Planning report I can drill down to see what has happened in an account during a certain period and even drill down to the picture of the invoice”, Anttila says pleased.

Pölkky is eager to continue development

Implementing NetSuite was a huge step that Pölkky took towards modern systems. Pölkky is not planning to do as major projects in the near future but the company wants to keep developing its financial management processes. After the NetSuite implementation project, the level of automation has been upgraded with more integrations and a project around Staria AI solution is furthermore accelerating automation levels.

Pölkky and Staria have also been discussing deeper cooperation in financial management processes.

"At the moment we're looking for the right balance – certain tasks are easier to do ourselves, since we have access to all of our operational systems, but our goal is to outsource everything that doesn't require deep understanding of Pölkky's business", Anttila explains.

In Anttila’s opinion, the cooperation between Staria and Pölkky has been excellent. Pölkky has been particularly pleased with Staria's level of expertise and how Staria is constantly providing Pölkky new value.

“Staria’s technology offering covers all financial management processes that a CFO needs. It is a huge benefit that Staria's range of services is so wide. Even the CFO could be outsourced, if needed”, Anttila concludes with a smile.

Would you like to know how NetSuite could benefit your company?

Book a demo by filling in the form